Get to Know More About Japanese Culture at Niseko Japonica 2017

Niseko Resort Sightseeing Association is, for the first time, hosting Niseko Japonica 2017 at the Niseko Soukomura (Niseko Chuo Warehouses)on February 16th to 19th, 2017 from 4pm-9.15pm daily in Niseko Chuo-Soko-Gun.The workshops and entertainment will be provided to visitors to experience Japanese culture and traditions.


There are 6 main booths where you can try a Japanese tea ceremony or "sado", traditional kimonos, origami, Japanese calligraphy or "shodo", and Japanese bamboo flute or "shakuhachi", as well as many more booths to experience authentic Japanese culture.

In corporation with the Iburi General Subprefectural Bureau, the performance of traditional indigenous or "Ainu" dancing and mukkuri (traditional musical instrument) will also be on at the end of the event (February 19th). Cinema Track which will include several different short movies is expected to be there as well. 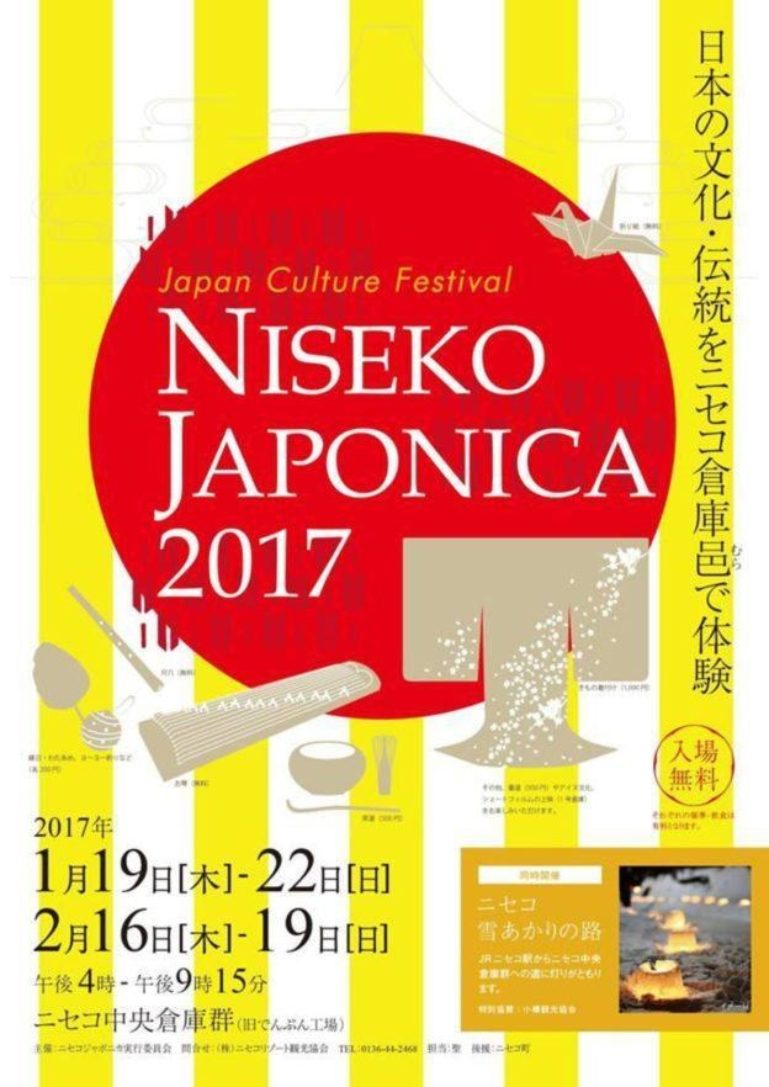 On top of that, "Niseko Yuki-Akari-no-Michi" or Niseko Snow Light Path, where around 600 candles light up along the 300m road between JR Niseko Station and Chuo-Soko-Gun is more to enjoy for free.

Posted on 16 February, 2017 by Niseko Central Staff in Niseko Life.