A cheque was handed over to the Protect Fukushima Kids administrators and volunteers at a lunch at The Niseko Adventure Centre on Sunday the 18th December. The event was organised by HT and attended by the Kutchan Mayor, Protect Fukushima Kids volunteer group based in Sapporo, a group of 20 Fukushima residents currently being hosted in HT managed properties and various Japanese media.

NAC provided a group of Fukushima Kids with a rock climbing experience followed by a lunch sponsored by HT. The funds have been raised through the Protect Fukushima Kids campaign that Niseko Central has been running since May this year in which we have committed to contribute 100 yen for every person that books with us over 2011/12 season (01 may 2011 to 30 April 2012). 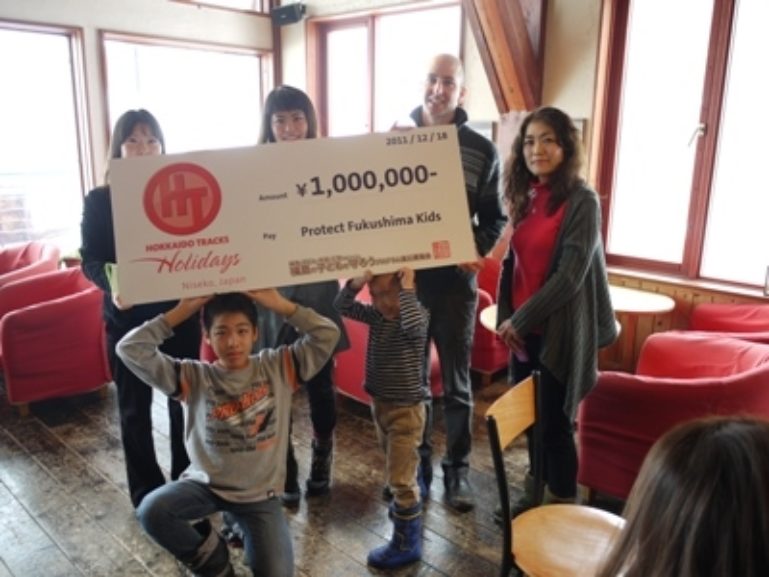