The restaurant, named “Ezo Seafoods Summer” opened its doors for the first time in June this year after a major renovation to the old “katsugyo” style building, and will be open for business June to September each year (hence the name). 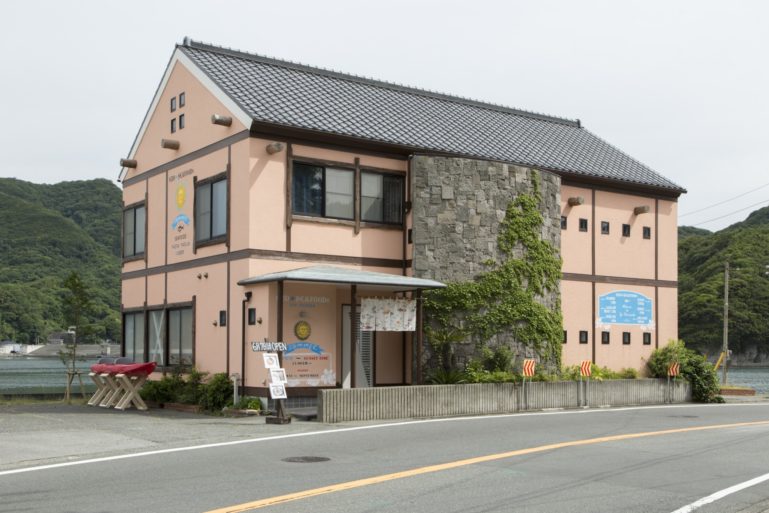 Ezo Seafoods Summer opened its doors for the first time in June this year.

With 180 degree ocean views and large live seawater tanks pumped directly from the ocean, the new venue promises the same delightfully fresh seafood that Ezo Seafoods' Niseko visitors have become accustomed to, though in a causal, waterfront setting that its owners hope will inspire a new kind of atmosphere.

“It’s the sort of place you dream about going to after six months in the white world of Niseko’s winter” says James Gallagher, who opened the restaurant with his wife and head chef Keiko Takaoka after running the Ezo Seafoods Oyster Bar in Niseko for the last seven years.

“I want to create a space where the local ocean-loving population of divers, yachties and beachgoers can call their own, so encourage deck shoes, board shorts, wetsuits and fun summer attire.” 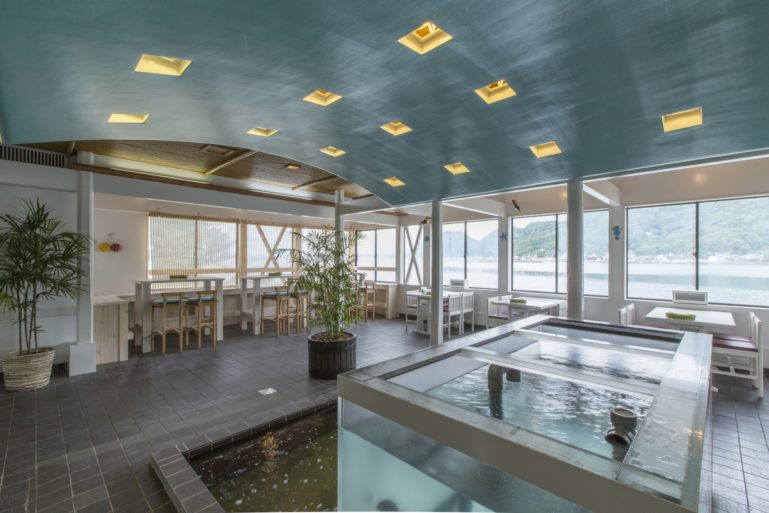 The Izu Peninsula was an obvious choice for James and Keiko, who were attracted to the area renowned for its beautiful coastline, seafood and ocean-connected lifestyle. The restaurant overlooks Izu’s Saruga Bay, which is the one of the best known sources of seafood in Japan and supplies many of Tokyo’s most highly acclaimed seafood eateries.

The area is particularly well known for its Shirasu (whitebait), Kinmedai (Redfish), Tokobushi (Abalone) and Takaashigani (Long legged crab), however James says that he will also continue to use some of the fresh Hokkaido produce that has made his Niseko restaurant so immensely popular.

“There is so much good fresh seafood like sashimi in the area that we decided to take more of an international approach to the menu, offering cooked seafood dishes not found in the area such as garlic shrimp, squid ink paella or acquapazza-style cooked fish. Of course we use local seafoods, but we have also "imported" some Hokkaido seafood as well such as salmon and scallops.”

Ezo Seafoods’ Izu incarnation will continue with the “display style menu” approach that has been a hit with the Niseko crowds. Customers are directed to a large display case upon entering the restaurant, where they can pick out the seafood they would like, which then goes straight to the kitchen for preparation.

In spite of his success in Niseko, James says that opening the new location has often felt like starting from scratch.

“New customers, new suppliers, new seafood, new menu, new equipment, new staff. It has been very challenging, but I am pleased with the quality of the food and setting. The interior has come up beautifully and with the 180 degree ocean views it's a perfect place to enjoy seafood and sunsets.”

Niseko-bound skiers and snowboarders concerned that they’ll miss the opportunity for a winter seafood fix should not worry; James and Keiko will be back for winter 15/16 once they’ve closed “Summer” for the season. In the meantime, we suggest heading to the Izu Peninsula for some fresh crab, a cold beer and maybe a swim.

To reserve a table or learn more about Ezo Seafoods Summer, head to www.ezoseafoods.com. 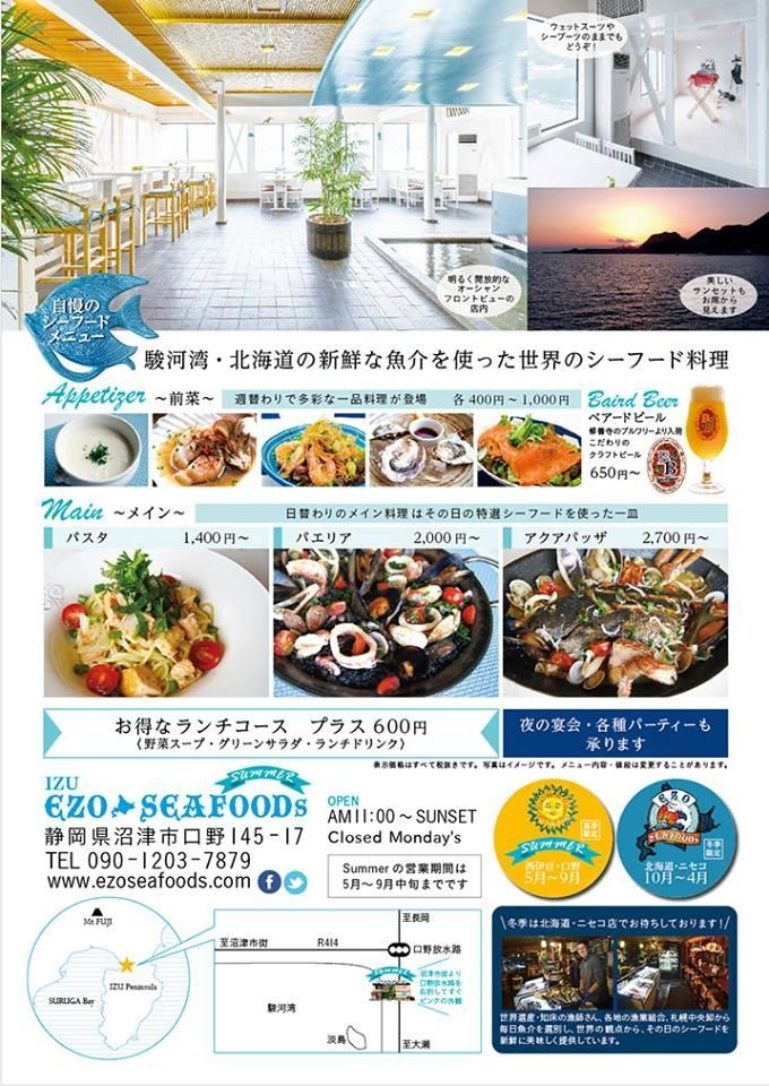