Amazing coffee - to go, to stay, to wake you up in the morning

Kutchan-renowned Sprout Outdoor Espresso is a staple in the growing coffee scene in the Niseko area. It is among the best coffee brewers in the area and they have two locations that opened yesterday in Hirafu! Over the years the ski resort has seen an increasing number of fine coffee cafes and shops open up, along with the growing cuisine scene. While it wasn't until 2009 that Sprout Outdoor Espresso opened its doors to the public, the idea had really been under works by the cafe's proprietors, the Toges, for some time. The two moved from Chiba, Japan back in 2003 and had been working in the Hirafu area nursing their dream and idea until, well, the seed sprouted into something beautiful (sorry for the pun-I just couldn't help myself). 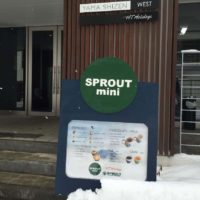 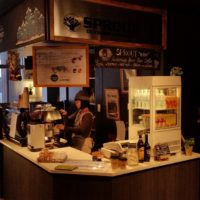 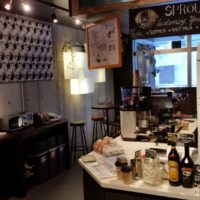 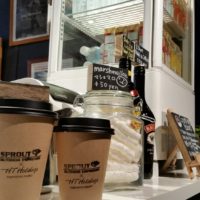 The first location, in the Yama Shizen West resort condominium is just behind the staircase in the main lobby. Located just a few steps from our office, it makes mornings that much better with a fresh-brewed cup of quality coffee to sit down to work with. This location has a slightly dim, but intimate atmosphere and the tall cafe-style tables and stools fit in nicely with the mood. Even if you aren't staying with us in Yama Shizen East or West, or if you weren't able to book your accommodations with us this year, you are always welcome to stop by Sprout - Mini! 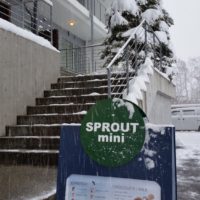 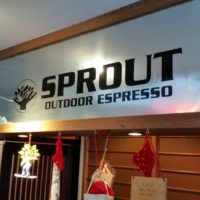 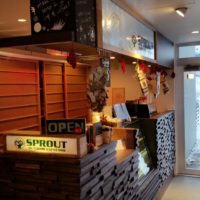 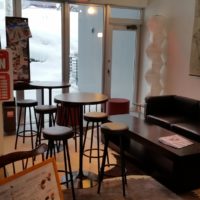 The second location in the Youtei Tracks resort condominium is located at the end of the lobby. Unlike its mini sister sprout, the Sprout Mini in Youtei Tracks has a bright and open set-up, complete with a low sofa and table in addition to a pair of high tables and stools. Both locations feature the same great coffee, but have their own distinct feel. Check out both-you won't be disappointed! 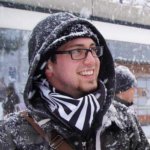 Posted on 19 December, 2015 by Matt Kaiser in Niseko Central News.

← The Fastest Way to the Front of the Lift Line In the Face of El Nino, the Best Place to Ski in Asia Is... →
Niseko Central Blog