Jenny Jones and Anke Eberhardt Stay With Us at Niseko Central 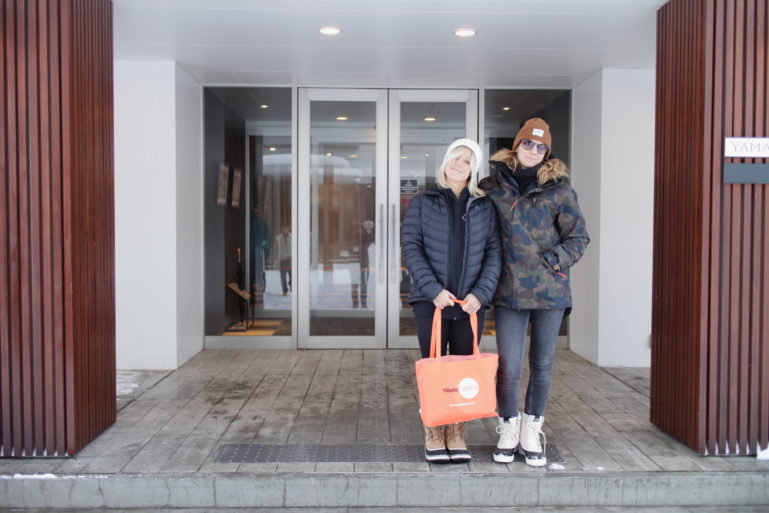 We recently welcomed two amazingly talented women in snowboarding: British Olympic snowboarder and bronze medalist, Jenny Jones and German snowboarding journalist, Anke Eberhardt. Friends and lovers of snowboarding, Jenny and Anke visited Niseko in January and we were thrilled to have them both stay with us for the duration of their trip.

Staying at three of our accommodations properties, Nozomi Views, Yama Shizen and Youtei Tracks, all situated in upper Hirafu, Jenny and Anke were in prime position to explore the village and ride Niseko's famous powder. 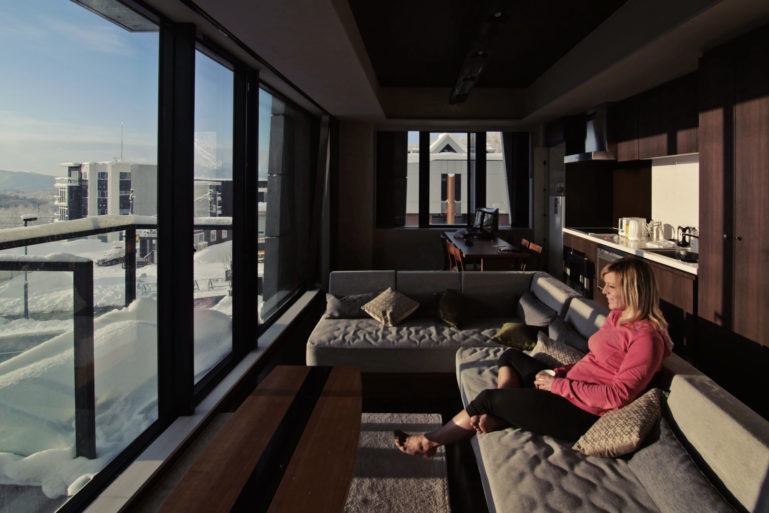 Jenny Jones relaxing and taking it all in at Nozomi Views.

We couldn't resist a quick catch up with Jenny and Anke during their stay with us to see how they were getting on and to of course, get some sneaky snaps of their trip so we could share it with you!


Jenny and Anke kicked off their holiday staying three nights at Nozomi Views 2 Bedroom Condo, only 150 metres from the ski lifts or a few steps to catch the ski shuttle bus. Not to mention the glorious views of Mt Yotei from their Condo, which which a highlight of their stay.


"Being a snowboarder from Germany, Austrian villages, Swiss cheese fondue and French wine for après are nothing new. But what about waking up and being welcomed by a Japanese volcano every morning? Nozomi Views apartments don’t have their name for nothing: the view of Mount Yotei is one of a kind. Right in the city center of lively Hirafu, the panorama windows offer a real time weather report. Sunshine? Fresh Snow? Or maybe a down day on the couch? A quick look out of the window in the morning and we were still fast enough the catch the first lift due to the central location," as Eberhardt explains. 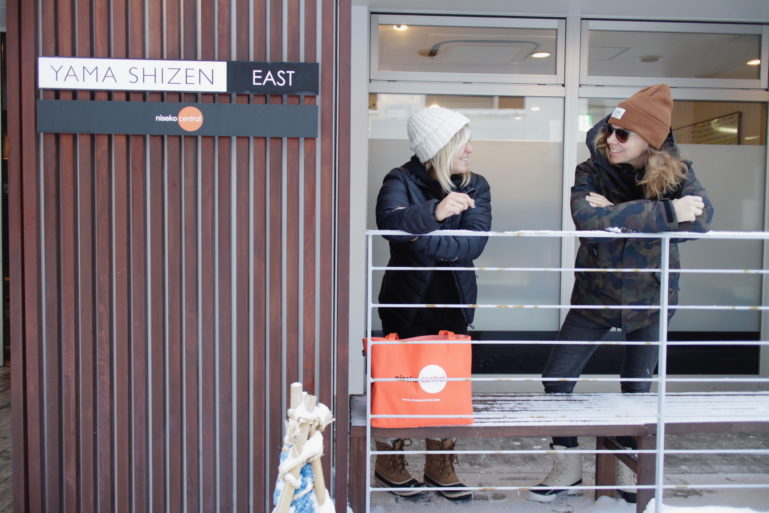 Jenny Jones and Anke Eberhardt hanging out at at Yama Shizen.

Next up was award-winning Yama Shizen staying six nights in Yama Shizen East 403a 2 Bedroom Condo. Positioned in a convenient upper village location, it was easy for Jenny and Anke to head up the mountain with a short walk or by catching the ski shuttle, only a stone's throw from the building. There's also an on-site Mini Sprout cafe for a good morning caffeine hit. 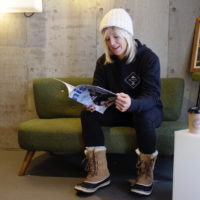 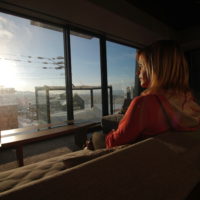 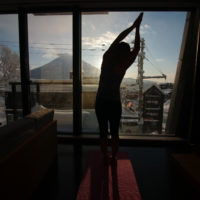 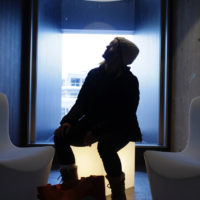 Anke Eberhardt, a journalist based in Munich, Germany, has been working in the snowboard media for more than a decade, this time she makes an exception and shares her off-snow pleasures of accommodation and dining in Niseko.

Jenny Jones is a British professional snowboarder who became the first Briton to win an Olympic medal in a snow event after winning bronze in slopestyle at the 2014 Winter Olympics in Sochi. She has visited Niseko before but 2017 will be her first visit purely for pleasure.

Want to see more? Watch our video: A Story Of Youtei Tracks With Jenny Jones.