March 26, 2016 has been earmarked by railway operators as the launch date for the Hokkaido Shinkansen line, according to an article published by the Japan Times.

The new Shinkansen line connects Honshu's Shin Aomori Station and Hokkaido's Shin Hakodate Station via the Seikan tunnel, which until recently was only ever used by JR's slower Limited Express service. The tunnel was crossed by Shinkansen for the first time just months ago in a test run.

Shinkansen services will make return trips across the line thirteen times per day—ten of those between Tokyo and Shin Hakodate.

An extension of the Hokkaido Shinkansen to Sapporo has been projected for 2030, and will run via Kutchan Station—just a seven minute drive from Niseko Grand Hirafu Resort. 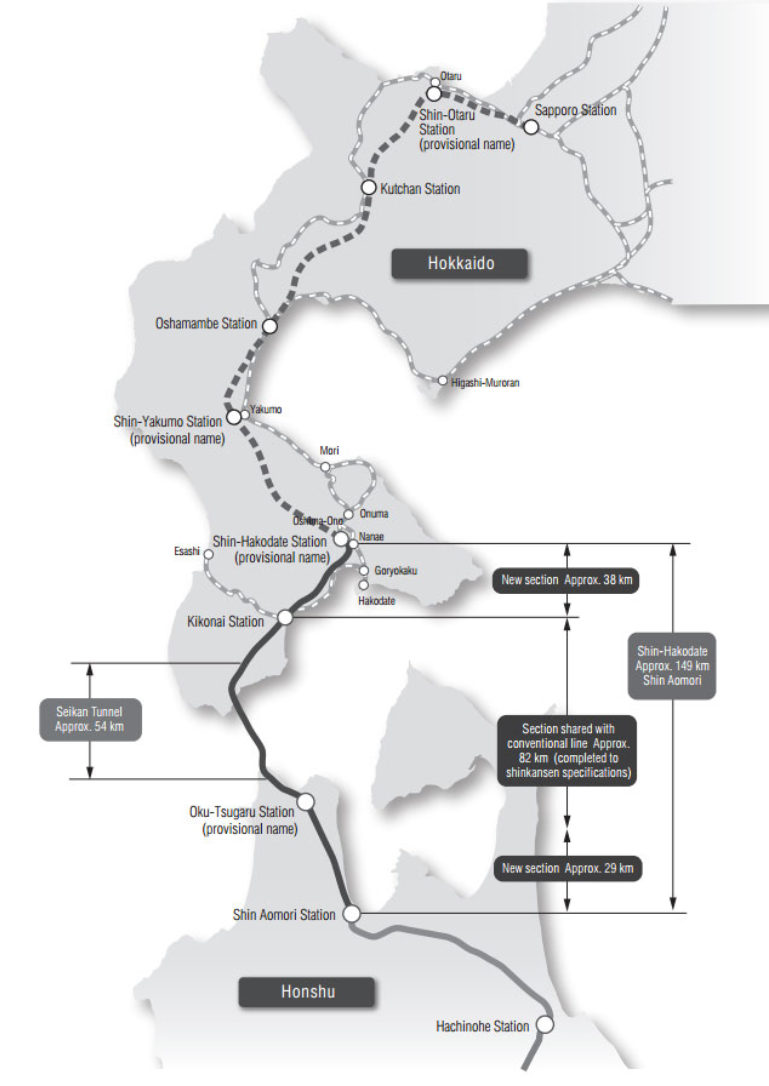 A solid line shows the section of the line due to be operation by March next year, while the dotted line shows the Sapporo extension projected for 2030. Image: www.jrtr.net/