An H5 series bullet train (Shinkansen) has crossed the Seikan Tunnel linking Shin-Aomori and Hakodate for the very first time. The monumental journey took place late last month and was marked by a ceremony at Shin-Aomori that was attended by the mayor of Aomori.

Commercial services are on track to to start in December 2016.

For Niseko locals and holidaymakers, the crossing represents a critical first step in a grand plan to link Tokyo and Sapporo by Shinkansen. As it stands, the the Shinkansen only operates between Tokyo and Shin-Aomori, while the remaining leg of the trip is covered by JR's far slower limited express service.

When complete, the Tokyo to Sapporo route is expected to take just 5 hours and 1 minute (faster from Tokyo to Kutchan Station), making it a viable alternative to air travel. The same journey currently takes around 10 hours by rail.

The Hakodate–Sapporo section of the route is due to be operational by 2030 and will run via Kutchan Station—just a seven minute drive from Niseko Grand Hirafu. This means that lightening trips between trips between Kutchan and Sapporo will eventually become a reality. Just not yet. 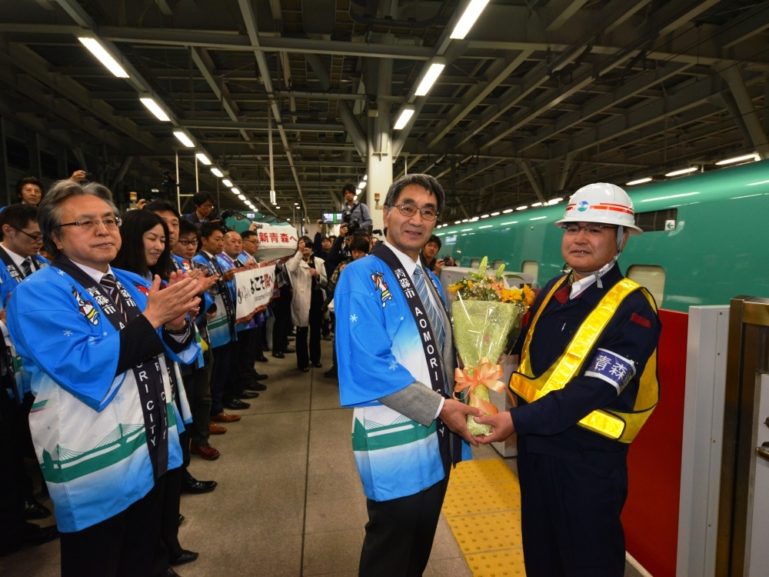 Officials participate in a ceremony at Shin-Aomori on May 24. Image: railwaygazette.com 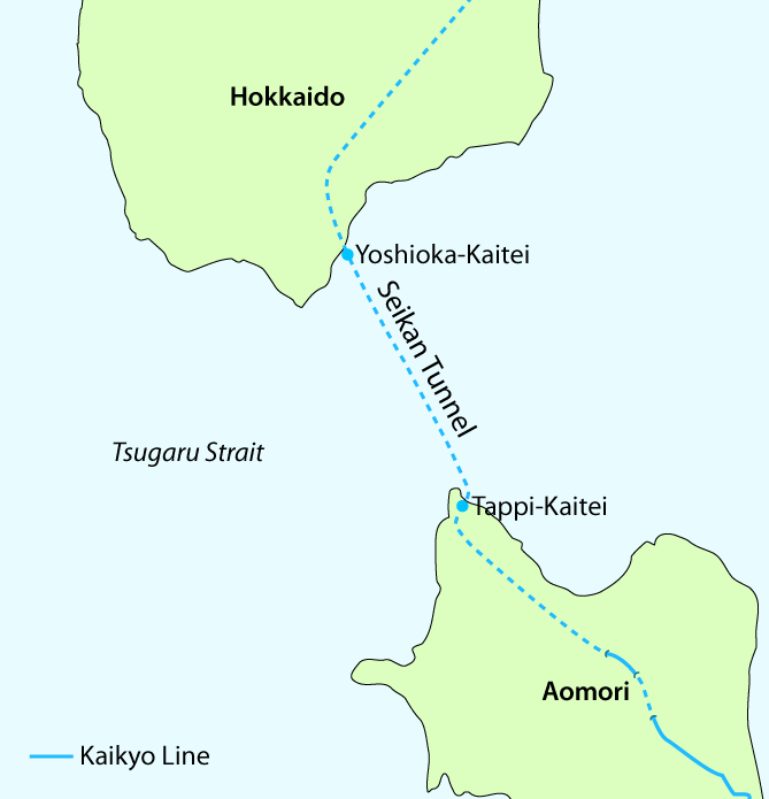