A study by digital advertising company MicroAd has revealed that Hokkaido is the top choice Japanese destination for Southeast Asian travellers, ahead of Kanto, Kansai and Okinawa.

The region was favoured by travellers who had visited Japan previously and by those who had never visited. Survey respondents were from Indonesia, Singapore, Thailand and Malaysia – the Southeast Asian countries with the largest number of travellers visiting Japan each year. 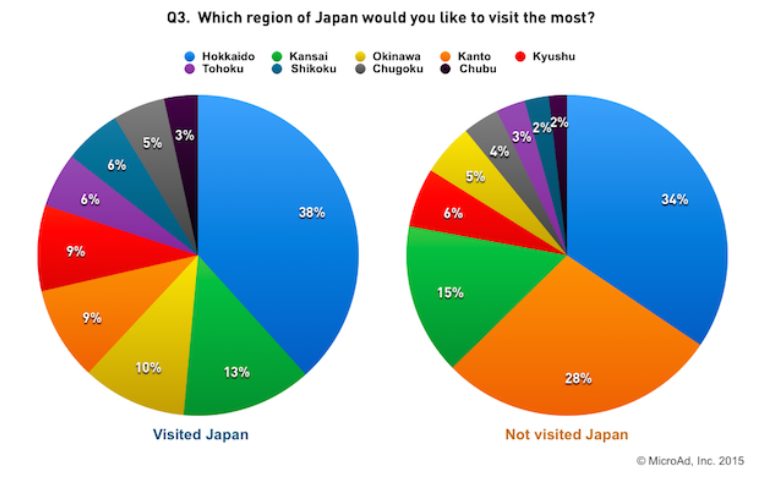 Respondents from Singapore were most likely to have visited Japan on a previous occasion (48%), while fewer than 30% of respondents from Malaysia, Indonesia or Thailand had visited before.

A number of factors, including a weak Japanese yen, have helped a recent boost in tourism to Japan. 13.41 million tourists visited in 2014, a 30% increase on the previous year, with numbers predicted to reach 15 million for 2015.

Posted on 19 February, 2015 by Rupert Orchard in Niseko Life.