Anyone who has visited Niseko during the winter can tell you that it’s a place that knows how to put on a party. New Year’s Eve is a highlight of the Niseko events calendar, and there is plenty going on to help you ring in the New Year.

Niseko Grand HIRAFU ski resort will celebrate its 38th New Year countdown in typical fashion, with its famous mountain torchlight parade followed by an official countdown and fireworks. There is still time to volunteer to take part in the parade, so get involved and finish off 2014 with a memory you won't forget! To learn more, please go to Grand Hirafu's website. 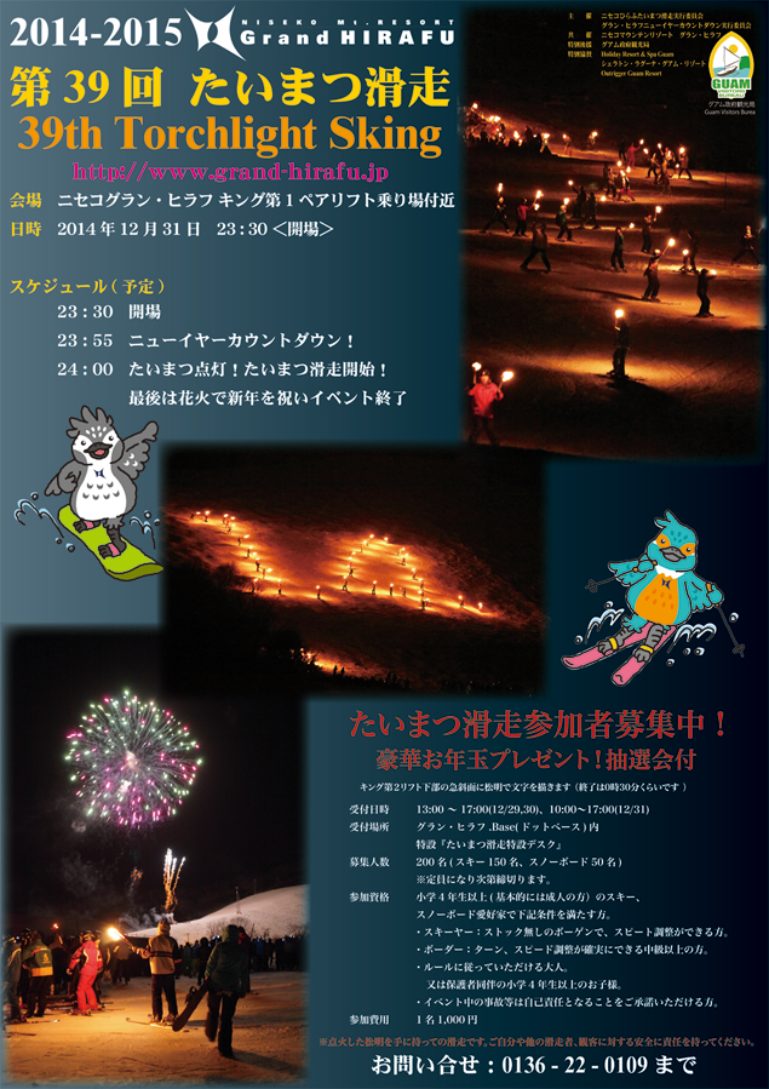 There's only one thing better than skiing, and that's free skiing. To reward guests for making it through 2014, Annupuri Ski Resort is giving everyone free night skiing from 20:30 to 23:15 on New Year's Eve. There's no better way to finish off the year than a burn down the slopes under the moonlit (and floodlit) sky, with enough time afterwards to stow your gear, pop the cork on the Champagne and join the rest of Niseko in a countdown to 2015. check out Niseko Tourism site for more information.

Niseko Village will put on a spectacular fireworks display outside the Hilton at midnight on New Year's Eve. Ring in the New Year with family and friends in the midst of one of the most beautiful winter settings in the world.

Ski in the torchlight parade, watch the fireworks, count down the new year and party through the night, just don't forget to set the alarm on New Year's Day. Hanazono will be celebrating the beginning of the new year at 10 am with a Kagami-biraki - a traditional Japanese ceremony that features the opening of a sake barrel.

On January 2, there will be a New Year Fun Jump - a competition that will see skiers and snowboarders compete to see who can throw down the most stylish jump. The competition is free and open to riders of all ages and abilities. There will be many great prizes up for grabs! 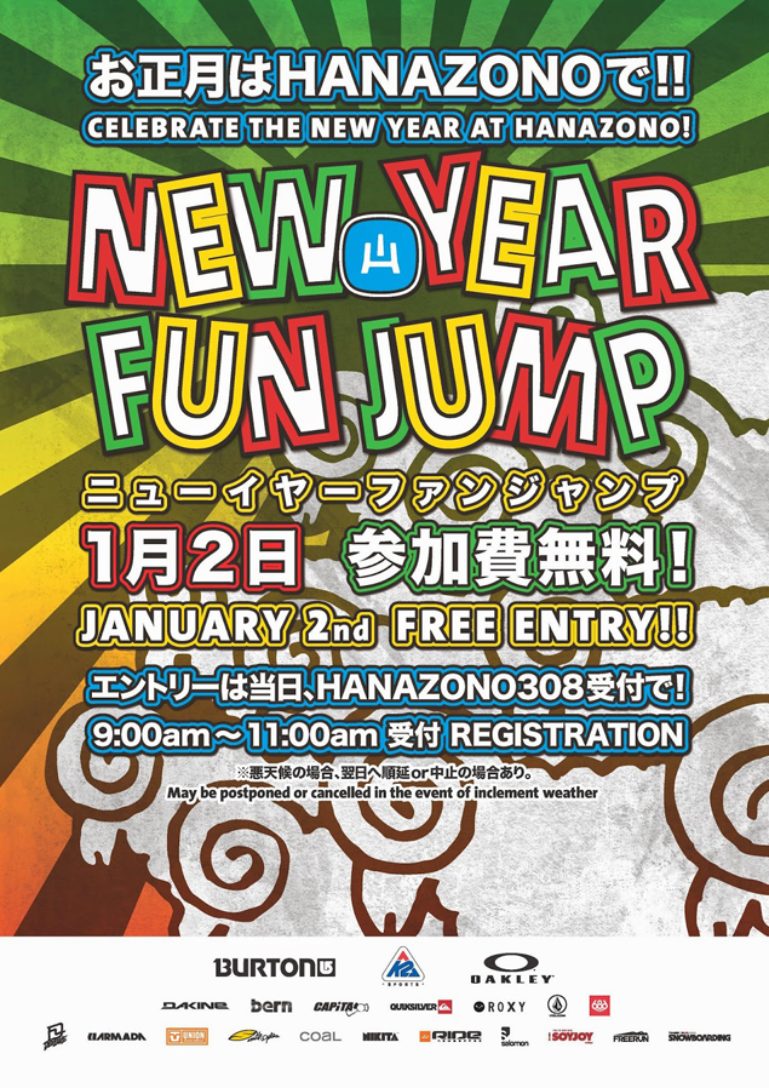 Posted on 29 December, 2014 by Rupert Orchard in Niseko Life.